To begin this project, I’ve made a list of people to start contacting. I have a wide range of people on this list: some are party leaders, some ran for office, one is being impacted by the coal energy plant closure in Coshocton, one is a citizen activist that I thought asked good questions, and one is a Republican with family connections to leadership. When I reviewed my list, I was surprised to notice that they were all women. This was not intentional, although possibly a function of who I have access to. This is notable, however, because throughout the campaign, I felt like the men who were involved vastly outnumbered the women. (Granted, the campaign was to elect a man with a military history.) I was often bewildered that my demographic, Gen X suburban working moms, seemed to be the least involved and least interested in changing the political climate. In my circles, it actually felt wrong to talk about politics. More striking, I received a number of compliments from the ‘like me’s’ for being involved, getting my kids involved, and taking a stand so publicly. This is a bit confounding, to say the least.

Another thought I’ve been having is that I may have been focusing on the wrong problem. The focus this election cycle was to elect Democrats. However, looking at our very bloody red Ohio, I would say that now, in the near term, that cannot be the focus. We need to work within the constraints we’re given and hold our representatives accountable. What does this look like? I’m only starting to understand this, but I am planning to find issues and write letters to editors of local media. There is certainly no shortage of issues, but figuring out the appropriate outlets is the challenge. Stay tuned as I figure out how to navigate this terrain.

Any thoughts and/or comments are appreciated!

RED OHIO: Yeah Trumbull County! (And Coshocton, it could be worse) 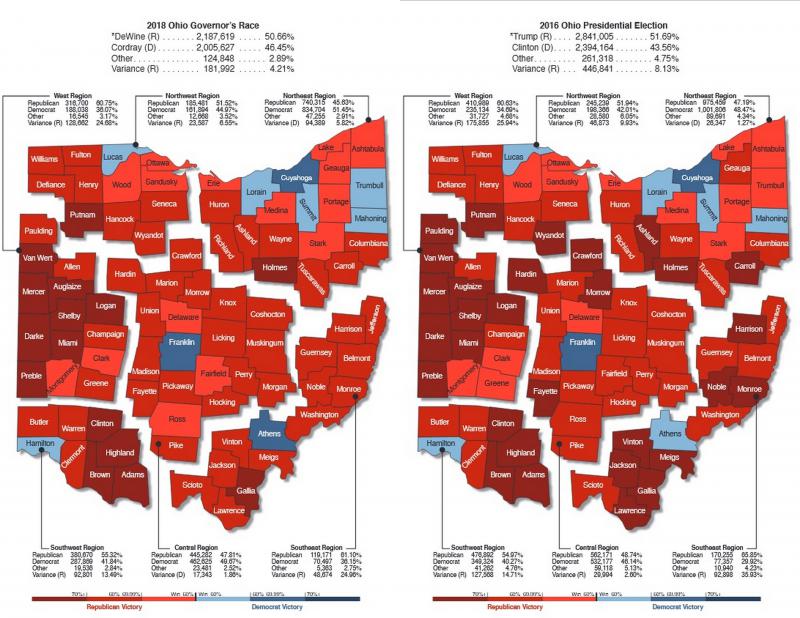 View all posts by hcarrion77

One thought on “Getting Started”